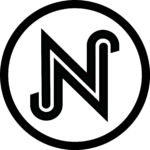 From stills to s'mores

I was tasked with creating a test for Hershey's National S'mores Day campaign. I was provided with three images (marshmallow, chocolate, and graham cracker) and from there needed to conceptualize and animate something to bring them to life.

Playing off the name S'more, I used the three elements to represent the three times of day (S'Morning, S'Midday, and S'Midnight) to show that S'Mores can be enjoyed all day long on National S'Mores Day. I animated the three  images to give the whole video a stop-motion feel (which is typically a very expensive way to film when done the traditional way)

Let's get in touch:
hello@josephnay.com